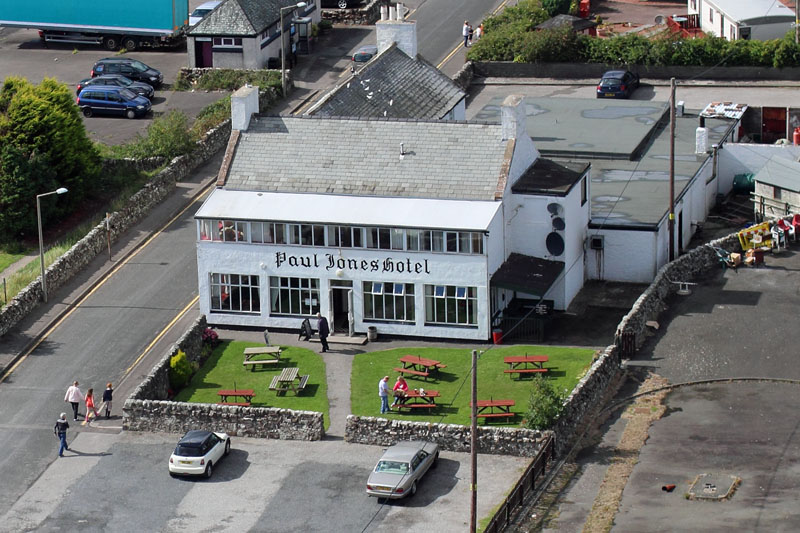 The Paul Jones Hotel in Southerness is named after John Paul Jones, the man who founded the U.S. Navy and later served Russia as well. 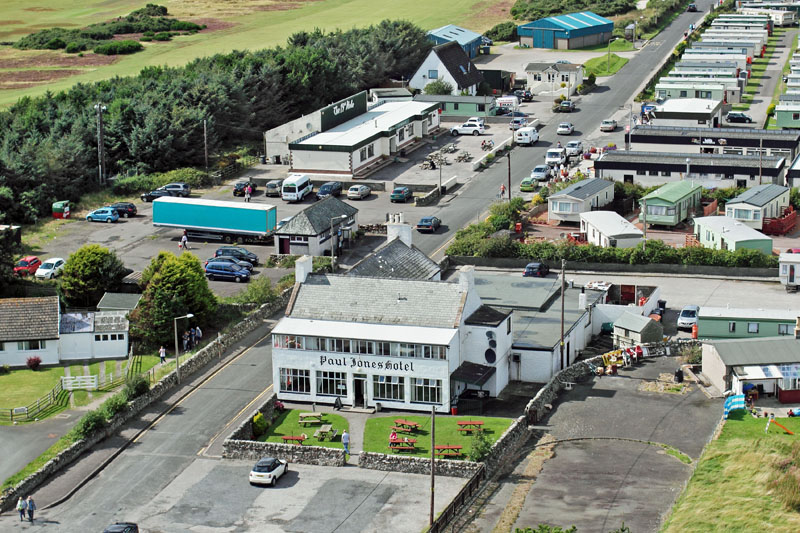 The inset of the hotel name is included to show the clarity. 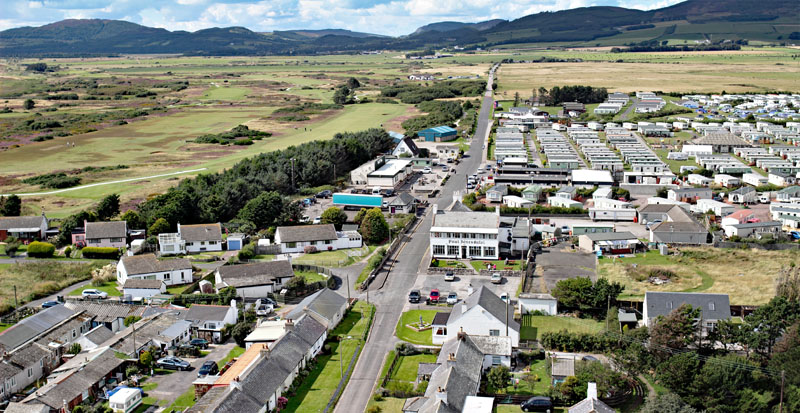 The main street with the golf club in the top left of the picture and the holiday and caravan park entrance. 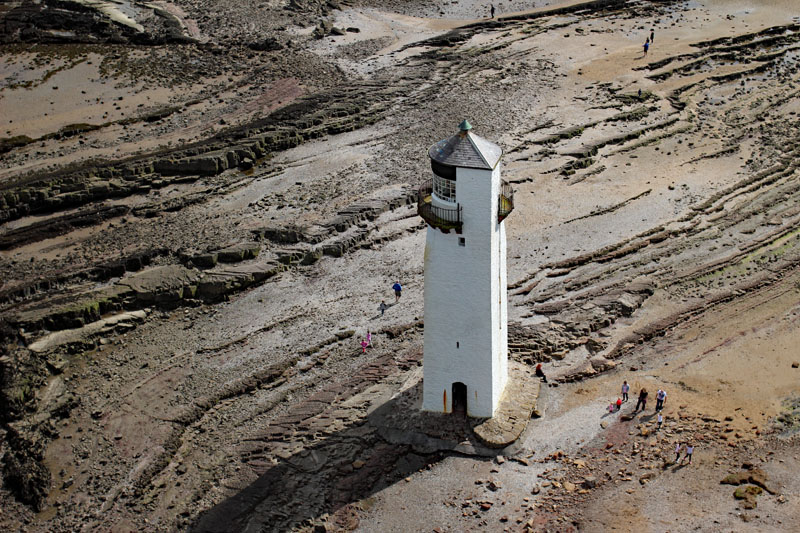 The old abandoned lighthouse at the end of the main street. 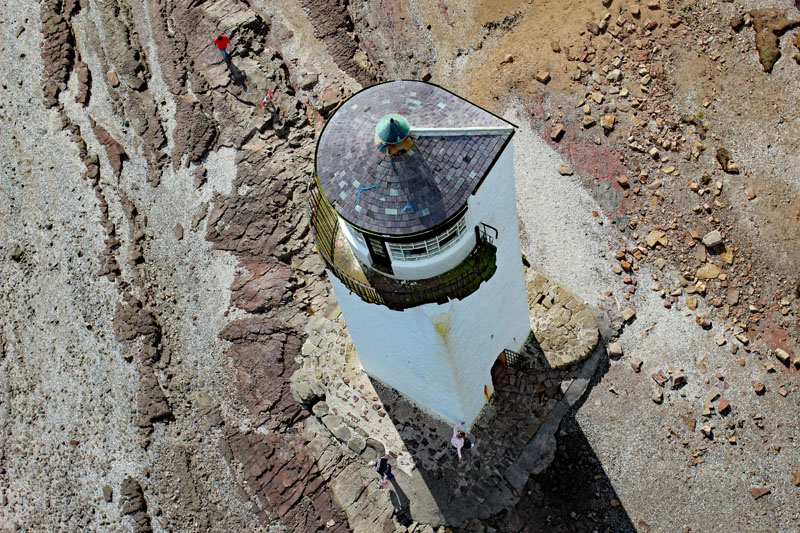 Looking down onto the roof.