The castle was originally built on an island in the loch. In 1935/6 the water level in the loch was raised artificially so the castle was moved to its present location on the bank nearby. 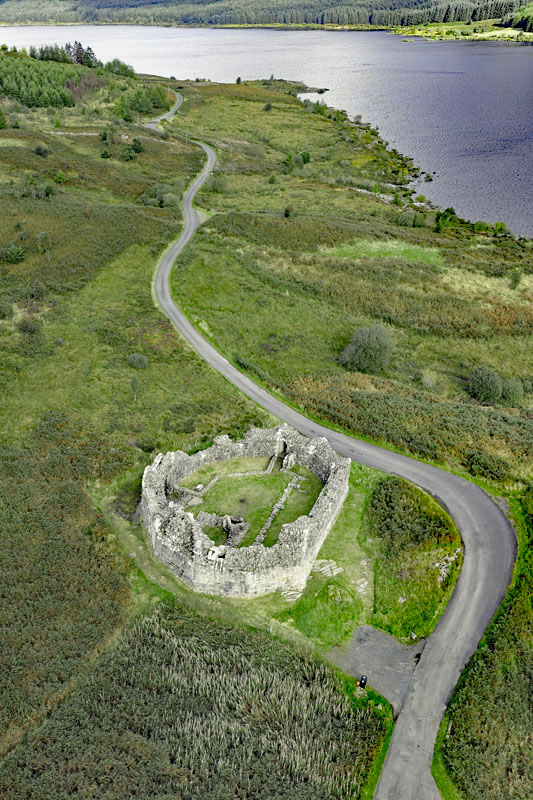 For the historically-minded the castle goes back to around 1300, though the original location on the island was used earlier, and it played a pivotal role in the Wars of Independence. 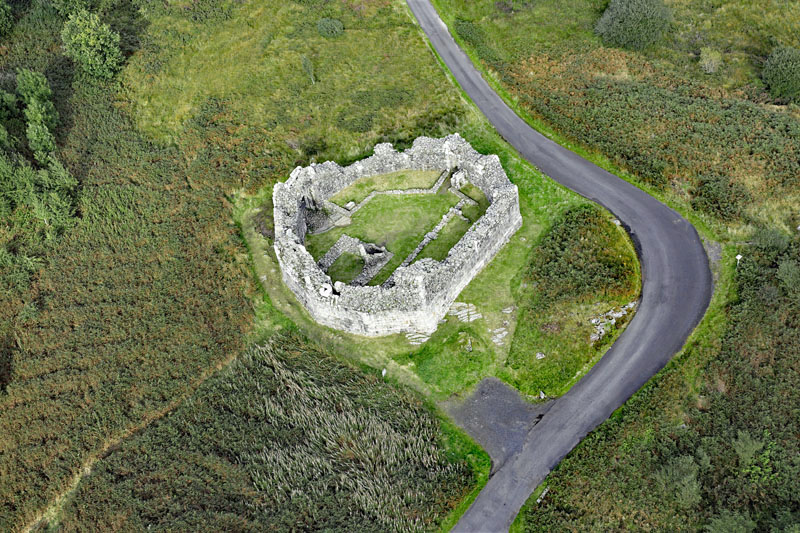 These views were taken in early autumn colours.

For this image the camera was located close to the wall inside at the bottom left of the above aerial photo (to the left of the arch) and the centre of this view faces to the east. It's a 165° panorama.