The newly-restored Crail Priory Doocot next to the Fife Coastal Path in Roome Bay to the east of Crail. 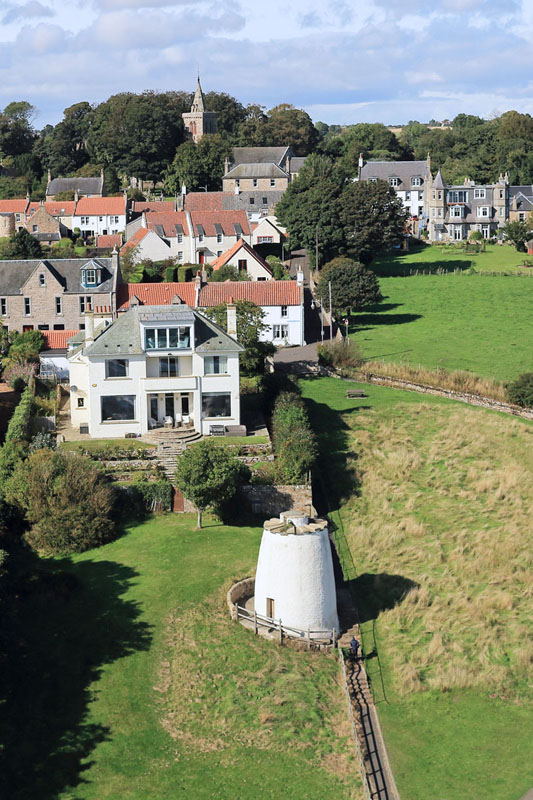 The building is open to the public (8am to 8pm April to October and 9am to 4pm November to March) and as well as free access has very helpful and well-illustrated information boards both inside and out. 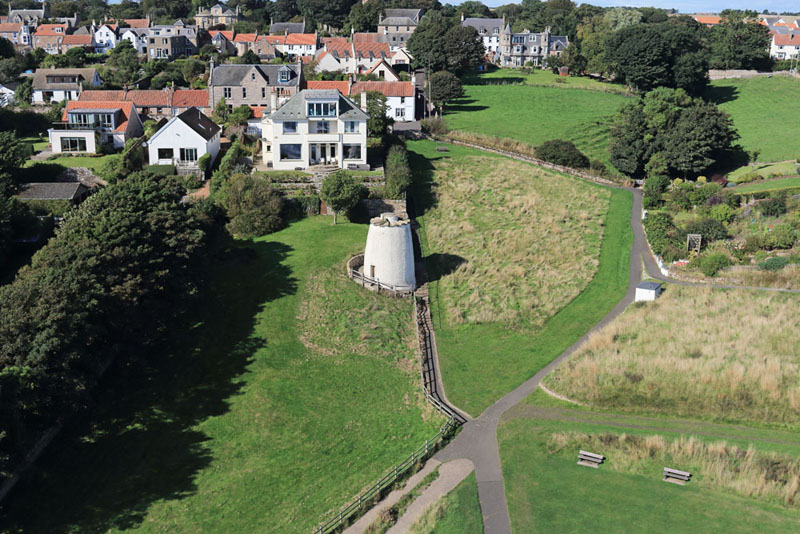 The doocot was built around 1550 and was in use until the middle of the 19th century. The restoration was completed in 2018. 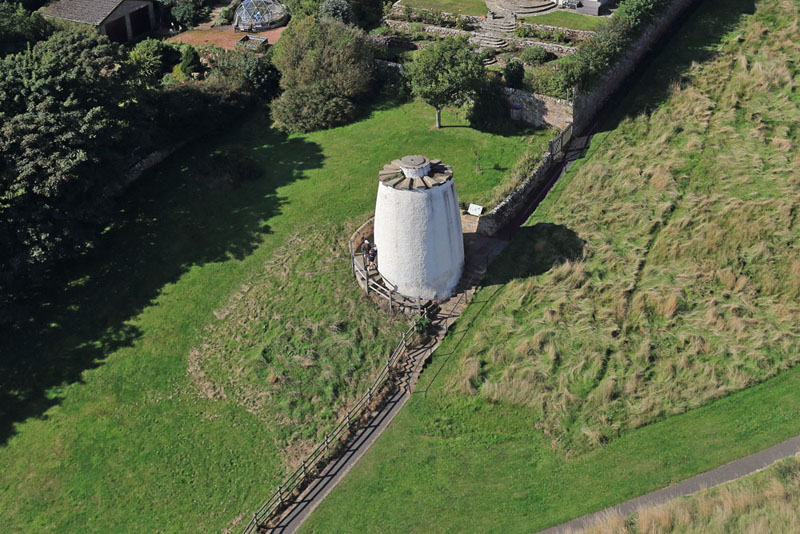 Inside the doocot is a rotating ladder to reach every part of the inside walls so that the pigeons and eggs could be accessed. 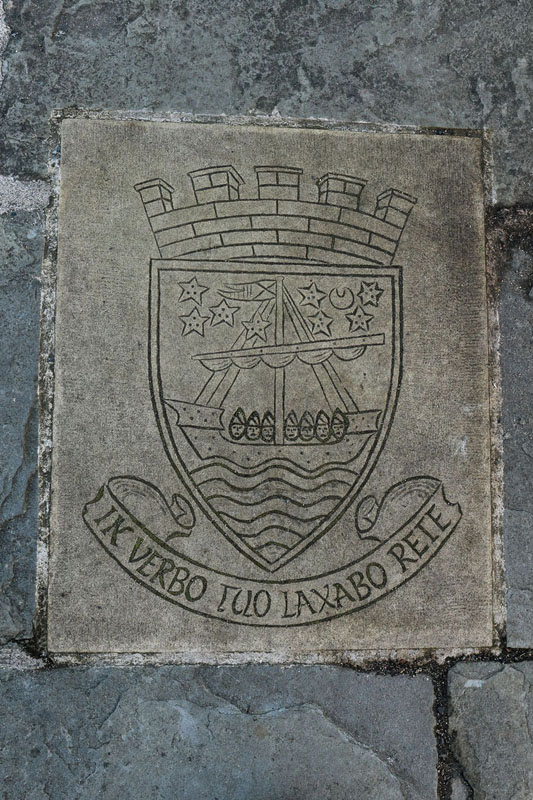 Crail's Coat of Arms is on a slab next to the doocot.The text means “At Thy Word I will let down the net” and is said to have been chosen in 1938 although the coat of arms seemingly dates back to around 1357 or earlier.