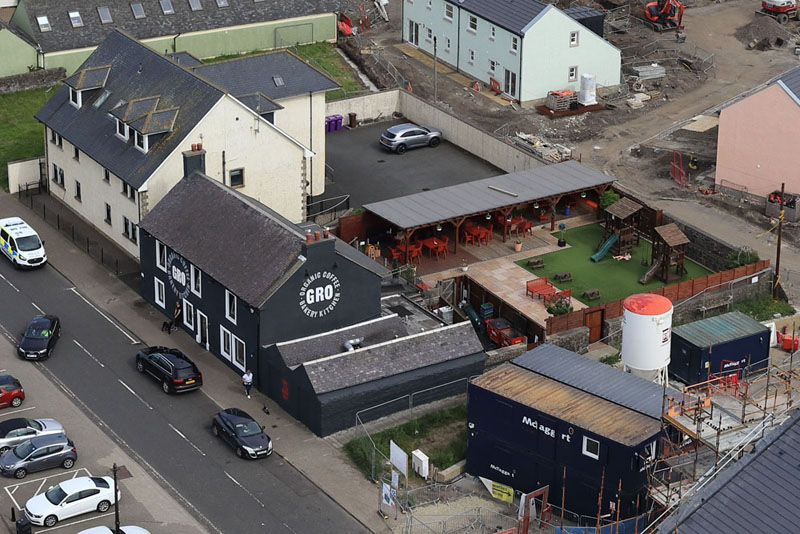 The new houses/flats being built alongside the harbour in Irvine, North Ayrshire in late July, 2021.

From the un-named road on the left linking between Harbour Street and Beach Drive in the foreground, the area of grass under the camera is the site of the old Magnum Centre.

The Big Idea (now long closed) is on the left. 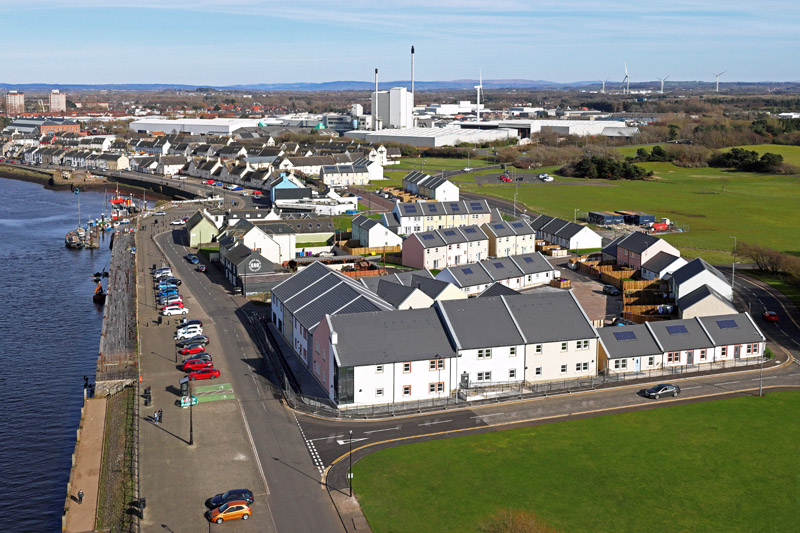 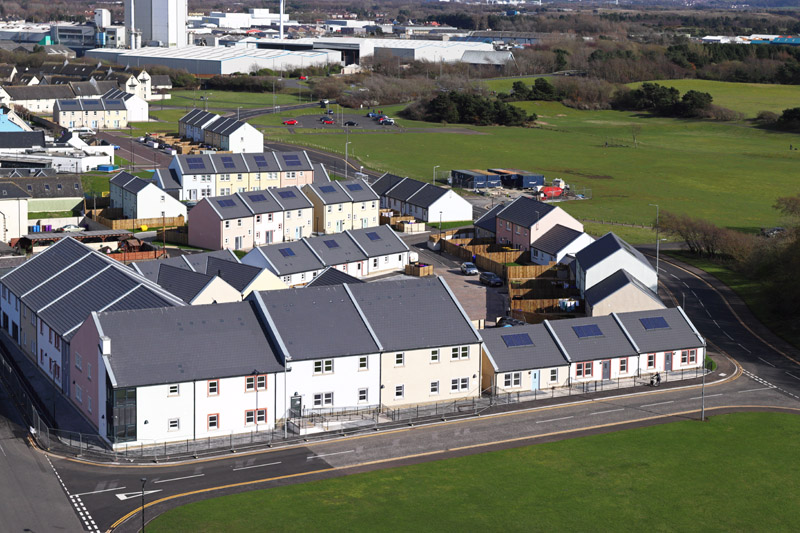 In the background of all of these photos is the River Irvine, flowing from right to left to the sea, just nearby. 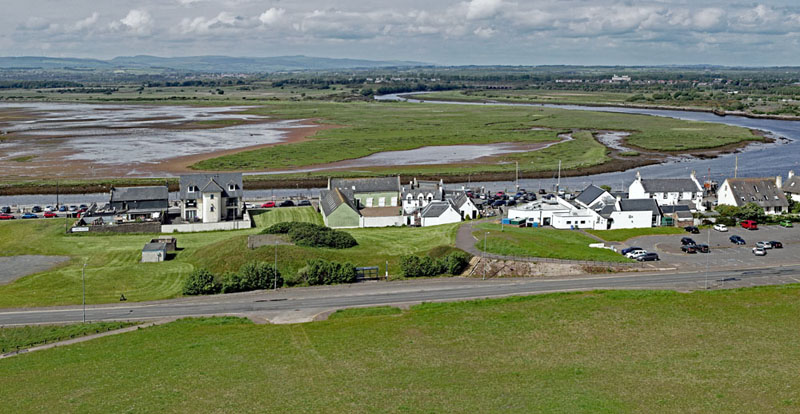 This was the same area in mid 2019, before construction began.