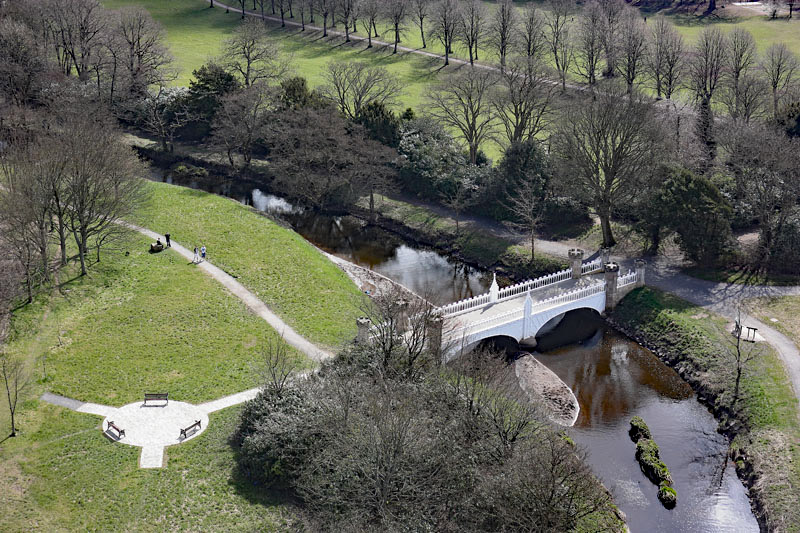 The Tournament Bridge in Eglinton Park was (probably) the site of the last medieval tournament held in Great Britain, in 1839. 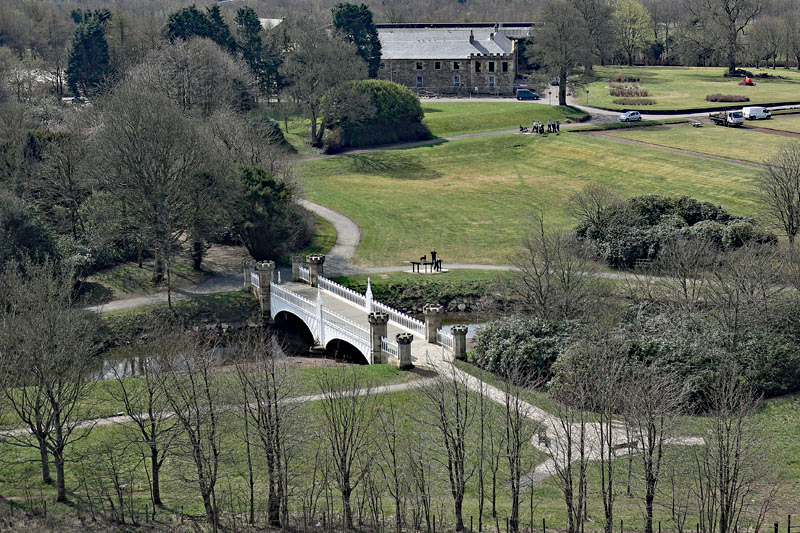 About 200 metres away from the ruins of Eglinton Castle. 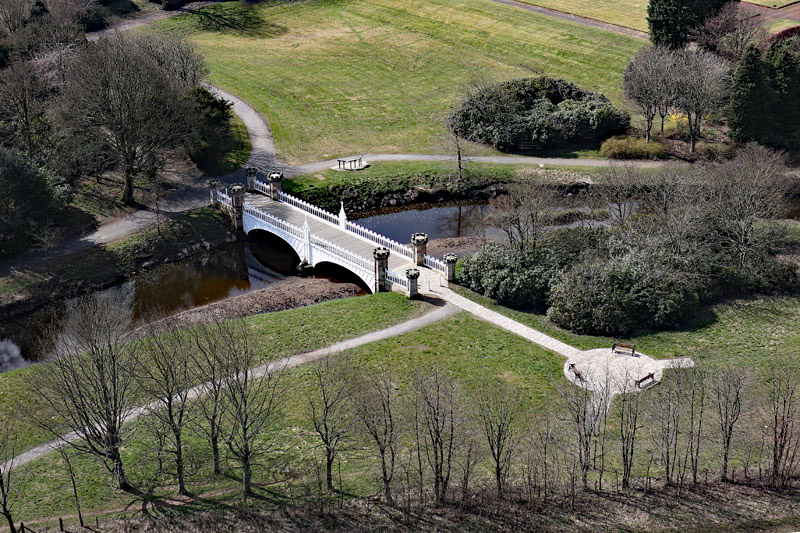 This is a listed structure and was restored in 2008-9. 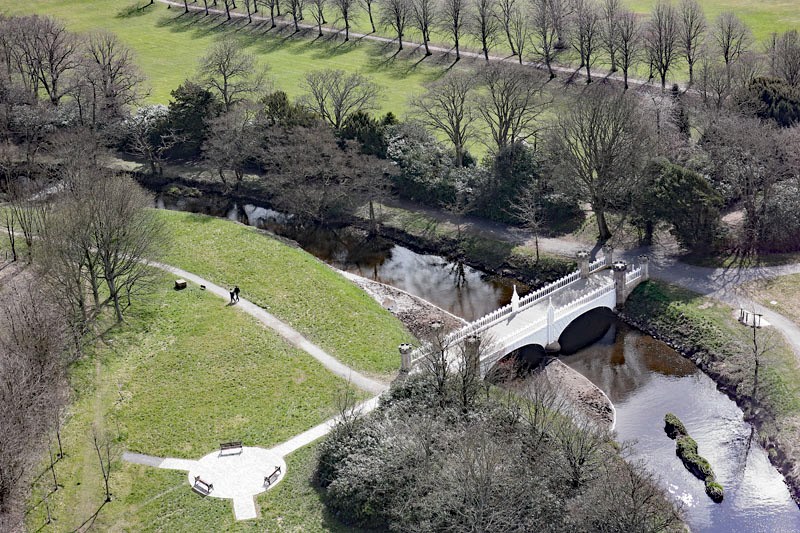 The bridge from the left of the previous image in a more vertical view.

A couple of ground-level photos to show the bridge in all its splendour.

And from the south.